The Full Circle Box: In search of greater board diversity

The evidence is clear – diversity pays off in better decision-making. Indeed, one study showed that having diversity of Gender, Age and Geographic location results in better decisions being made 87%1 of the time. But despite the evidence that diverse boards make better decisions and manage risk more effectively, there is still a lack of diversity across pensions boards. Before we can explore what can be done to change this, we need to know what we're aiming for.

Perhaps an ideal scenario would be one in which the board of trustees represents a large cohort of members. As a starter, this representation might come from the following areas:

Aristotle said the sum of the parts is greater than the whole. The pictures below show how a diverse team may think more broadly than a team who think similarly, where the people represent board members and the squares represent the knowledge you want to cover2.

How do we get there?

It is clear that diversity is important, but the question is how can it be achieved? Some options include: 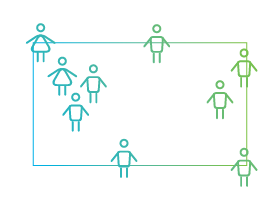 In their recent consultation on trusteeship and governance, TPR considered diversity and the possibility of mandatory reporting on efforts to enhance it. Their final response is expected imminently  - it will be great if we as an industry can aim for the full circle box!

2  The three diagrams are from the book “Rebel Ideas” by Matthew Syed.

Key priorities for DC Consulting in 2020

Lessons from DB and DC Governance

Key priorities for DC Consulting in 2020

Lessons from DB and DC Governance