Reflections on 2016 and looking ahead

What does 2017 have in store for pensions?

Our experts give their views on what to expect for the coming year. 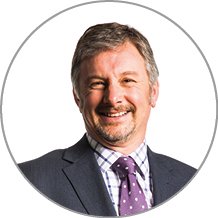 John Walbaum discusses what’s next in line for pension policy:

Tax relief will almost certainly remain high on the agenda. Ending higher rate relief for all from the next tax year is an easy target. At the same time we may see continued steps towards a single allowance for tax relieved savings, ultimately bringing pensions and ISAs closer together over the coming years. It remains to be seen whether Brexit will impede these changes or provide enough of a distraction for it to sneak in unnoticed. The jury’s still out as to whether 2017 will be the year.

Perhaps the looming care crisis will give fresh impetus to this. The health secretary has been reported saying we need to start saving for our social care costs in the same way that we save for our pension. Undeniably there is a gap that needs to be filled - we save for a pension and pay for private healthcare throughout employment, but then we receive no private healthcare provision post retirement when we are likely to need it most. But should we save for this or replicate what we do in working years and insure against the risk of falling ill? 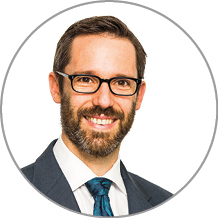 A challenging year lies ahead for DB schemes, particularly for those whose valuations fall this year and who are unhedged. The average scheme will see funding levels down more than 5% since 2014, stretching recovery plans out by 4-6 years or more. On a like for like basis we will need at least three more years to simply replace the cash that has been burnt since previous valuations, in addition to another 1-3 years to fill the increased funding gap.

Many companies will be even less willing to divert money into their schemes to plug deficits. Rightly or wrongly, the focus of corporates will be on improving profitability, seeking growth opportunities and protecting earnings.

In the wake of BHS, the DWP’s green paper into the future of Defined Benefit will most likely lead to tougher powers for the Pensions Regulator when it comes to M&A. In the context of the market moving to longer recovery plans, it’s unlikely we’ll see much support for shorter ones advocated by the PPF.  In my view, we’re unlikely to see anything revolutionary get through parliament for those schemes which are in a bad way but not yet facing immediate insolvency. That is a shame. Discussions around how best to pool private sector assets to benefit from economies of scale will no doubt continue. However, the likelihood of a conclusion being reached here is small.

2017 could be the year when we see greater volumes of DB transfer activity post pension freedoms. Transfer uptake from DB schemes roughly doubled in the year following freedom and choice, and then continued to rise another 15% over the following year. This could well be the year where ensuring members know their options at retirement becomes normal and we could easily see uptake double again. 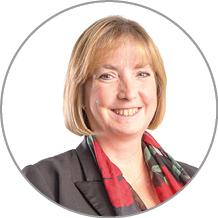 Rona Train, looks at what is likely to top the agenda in DC:

From a DC investment perspective, schemes that have not changed their default strategies from targeting annuities could find themselves with lots of unhappy members. That’s because members would have believed they had a stable fund value, but this will actually fall as gilt yields rise. Bonds are down c.-10% Q4 to date, as yields have increased. Members invested in some cash funds may also lose out as they see a negative absolute return from their cash fund (after fees).

A key feature of next year should be educating scheme members to understand that future returns may be a lot lower than those of the recent past. Member pots will look very healthy right now but it is unlikely that past returns will be sustainable and they should consider whether they could be de-risking.

Companies will start to take governance of contract based arrangements more seriously as they realise how much they are paying in to these arrangements with little oversight. Investment Governance Committees will also up the pressure for receiving clearer metrics in order to measure Value for Money more accurately.

Across 2017, consolidation on the platform marketplace is likely to continue alongside an increasing downward pressure on fund management fees. 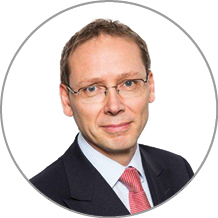 Andy Green, CIO, gives his views on the investment outlook:

The crystal ball is very opaque when it comes to the impact of Trump’s economic plan on non-US economies. Fiscal stimulus may help the US (in the short-term at least), but it may do little for other developed markets or emerging markets.

Equities may continue to find a road through all of this, but investors must increasingly start to keep both fingers and toes crossed. There may be more predictable paths to follow than relying on equities.

Interest rates may be rising, but current pricing means they are still lower, and are projected to remain lower, than at the start of 2016. The effect has been a significant increase in the size and scale of all pension fund liabilities, and while those with material hedging have actually seen their funding levels improve during 2016, those with lower hedging levels will have seen increases in the monetary value of funding shortfalls too. To manage the scale of risk exposure, we anticipate more sponsors and trustees will now have to reduce their exposure to interest rates, even if they do this on a ‘pound cost averaging’ basis over a period of time to avoid regret risk. 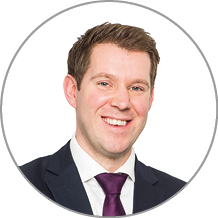 Paul Waters, Head of Workplace Savings, looks at what’s likely to be on the agenda for benefits:

Lifetime ISA participation will be much higher than original estimates when introduced in April next year. Our own research estimates that 61% of workers under 40 would open a LISA and 23% straight away.

The Government’s ambition for a pension dashboard is a worthy undertaking but there are concerns over whether this will be ready by their own deadline. There are a number of challenges affecting a timely introduction, namely that the breadth of industry cooperation and investment required would be vast, and the current lack of consensus which exists over establishing a general data standard. We need to be clear and realistic about the goals we can achieve, and ready to take radical decisions when required.

While ‘robo-advice’ is struggling to gain the ground many predicted in the retail market, we’re seeing many more employers use it in the workplace to engage staff with their long-term savings and in the process get more return on their benefits investment. We predict this trend to continue throughout 2017.

We expect 2017 to be a ‘make or break’ year for Master Trust providers as they move to either collapse or merge. Auto enrolment and intensifying DC governance requirements have led to a proliferation of providers. Low barriers to entry so far have rightly led to increased scrutiny and regulatory requirements. However we support a phased introduction to the new requirements set out in the Pensions Bill and tighter controls by the Regulator. This will allow for a more controlled and orderly consolidation, helping to avoid any chaotic market exits while bringing much welcome greater protection for members.

The State pension - time for a grown up debate

88% of trustees and employers say they should do more

The State pension - time for a grown up debate

88% of trustees and employers say they should do more