5 years of the Lifetime ISA – what’s next?

by Karen Brolly
Head of Products

The Lifetime ISA, which quickly became known as ‘LISA’, was launched on 6th April 2017, essentially as a replacement for the Help to Buy ISA, with the added feature that it could also play a part in retirement planning.

On their 5th birthday we give LISAs a 6/10 for meeting their aims. They’ve promised a lot but not fully delivered in the way needed. We’ve looked at how they have been received in the market and where they provide more opportunities for providers. We also look at what could be done to help maximise these opportunities. In particular, we would like to see small changes from the Government which would fix a couple of flaws in the LISA product design and more technology advancements from product providers to facilitate joined up digital journeys. We believe this would allow customers to set clear goals, see the benefits and encourage young investors to divert their maturing Child Trust Fund into a new tax efficient wrapper.

Although initially there was muted excitement from the market and sales were slow to start, volumes have started to pick up and as the graphs below show, the number of LISAs sold in the 2019/20 tax year was substantially higher than in the first two years of sales. It will be interesting to see the equivalent figures for the years during the pandemic as we know that there was a general uptick in subscriptions to other savings and investment products. 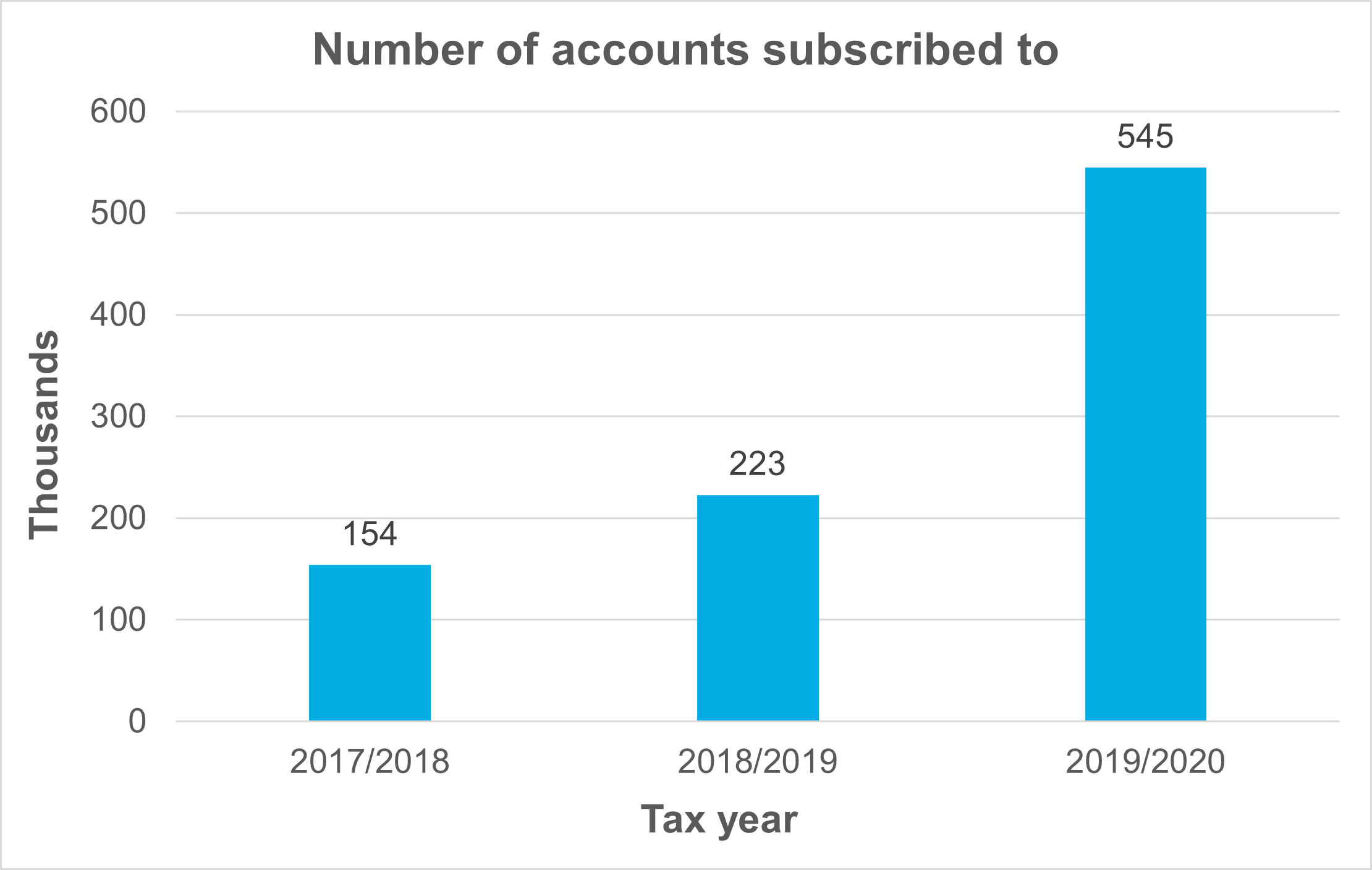 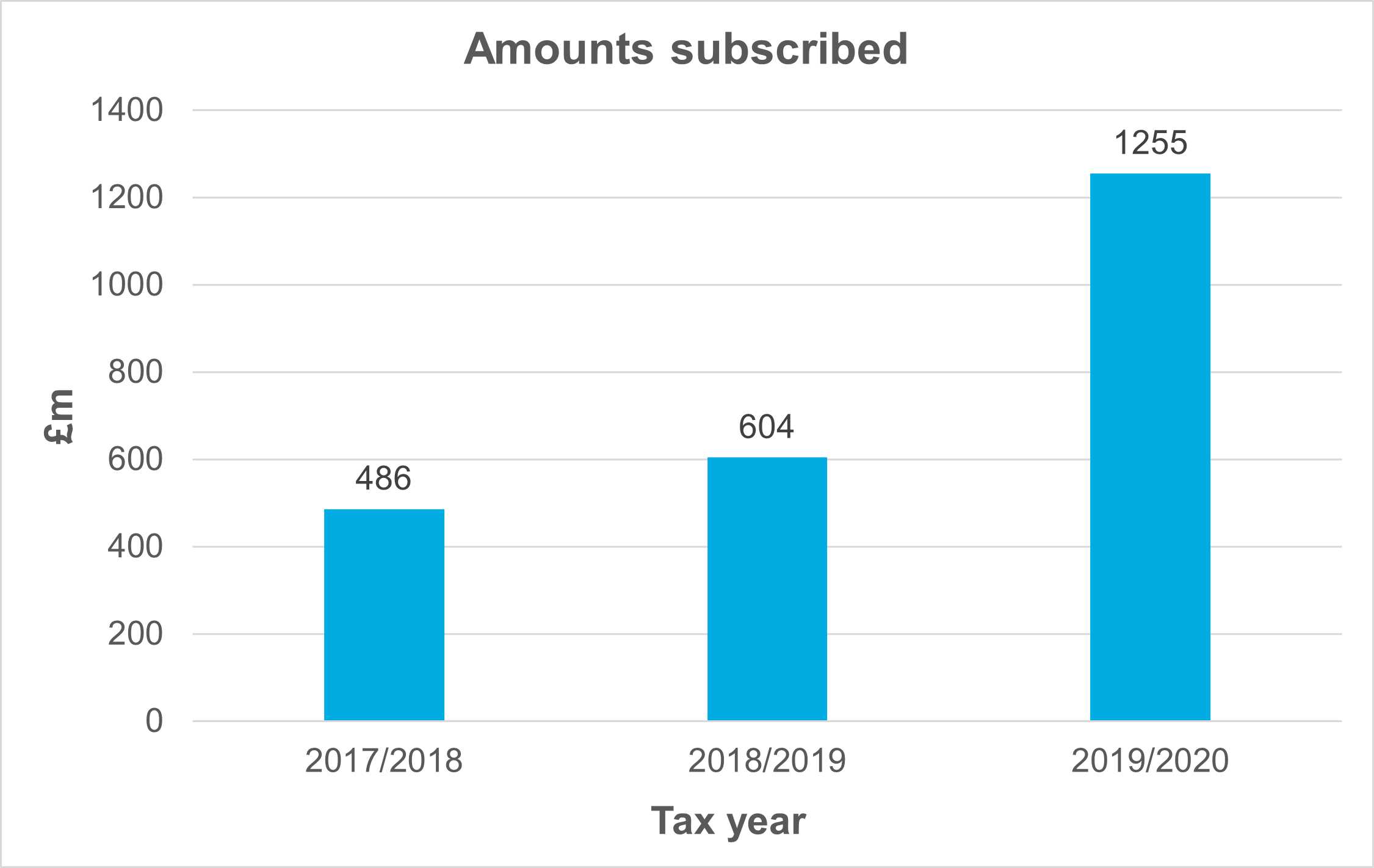 Although the volumes are small compared to the rest of the ISA market (where the total number of ISA accounts subscribed to in 2019/20 was over 13 million), this is partially because of the limitations on eligibility placed on LISAs. The maximum annual contribution is capped at £4,000 rather than £20,000 plus it is only available to a smaller subset of UK adults, within the younger age band, where savings levels do tend to be lower.

There have been discussions about how to use LISA alongside other savings but when using it as a retirement savings product a simple rule of thumb for those in the eligible age bracket would be to use LISA saving for the first £4,000 of their ISA allowance then any remaining into standard Stocks & Shares ISA.

To consider all aspects, it is worth mentioning that there are still some issues in the specifics of the LISA design. Most notably (and probably most easily fixed) is that the cap on the value of the property that the LISA can be used against is £450,000 which due to recent increases in house prices (accentuated in certain areas in and around London) has felt a little unfair to those who started saving a few years ago and are now finding that the scheme doesn’t work for them.

LISAs include an exit penalty as a way to solve the issue of returning the government bonus should funds be withdrawn for reasons other than the intended purpose, and this is seen as a blunt and sometimes punitive way to address this.

Most significant is the £4,000 annual contribution limit – increasing this would make the scheme more attractive to a wider range of savers, particularly those with higher incomes and families who need a larger property from day one.

The LISA offering is a good opportunity for providers as it can be a great way to get younger customers interested in saving and investments and it is an ideal vehicle for Child Trust Fund (CTF) maturities which can then benefit from the addition of the Government Bonus.

Since CTFs were only available for a short timeframe (from 2002 to 2010), there is a limited window to capitalise on this opportunity, but even bearing that in mind, we can size this opportunity as follows:

Digital processes are essential to successfully maximise this opportunity, as the target market will expect to be able to transact quickly and efficiently using their tablet or phone. Tools and calculators can really help to bring things to life and show just how investments can grow, especially when you incorporate the impact of government bonuses.

With a growing number of young investors turning to the unregulated and volatile market of cryptocurrencies to save for their house deposit, it is vital to present the benefits and growth potential for LISA. If we take the example of an 18 year old, with £2,500 in their maturing CTF. Putting this into a Stocks & Shares LISA will mean that their investment will be boosted by a further 25% to £3,125 before any growth. By adding £200 a month over the next 10 years and assuming average growth of 5%, the amount accumulated by age 28, earlier than the average age of a first time buyer, would be almost £35,000.

At Hymans Robertson we have developed a suite of tools and APIs that can be used to help bring these scenarios to life on a personalised basis to help engage customers and allow them to plan for their own situations. Click here to find out more.

Cognitive bias as a barrier to tackling climate change

Cognitive bias as a barrier to tackling climate change