A huddle for your flaming house

A huge thanks to the 200 at our Better Futures event. For those that couldn’t make it, here are some reflections from the day – all in the spirit of a post-match huddle.

It was a rare chance to look outside of financial services for perspectives on improving financial services. We welcomed people from different domains, and walks of life, who think differently and passionately about the future. From sustainability futurists and experimental psychologists1 to start-up founders and many, many more.

So, how to sum up over 30 excellent speakers and audience ideas covering themes ranging from ethical AI and climate change, to health and wealth distribution?

Well, the common thread was imagining a better future for the next generation. Whether your kids, your grandchildren, cousins, godchildren, the kids down the road, or just you in 20 years because you’re young inside. That’s the perspective we adopted for the day.

It turned out that only about half of the audience were optimistic about the future. Initially disheartened, I then discovered that the majority felt they could help change it for the better!

In its broadest sense, we uncovered some huge opportunities to improve lives whether through personalised healthcare, localised manufacturing or improving the quality of jobs. It became clear that data is the fuel of the AI fire – the challenge in pensions being how to digitise the past to guide the future.

We're posed to experience more digital progress in the next ten years than we have in the last 50.

Denis O'Brien on the fourth Industrial Revolution - Chairman of Digicel

We also recognised some huge challenges to ensure AI remains people centric – i.e. to avoid codifying biases we’re working so hard to iron out of society. Some of the ideas raised included having industry standards for technology development that captured societal values as well as morality clauses in contracts. Although easy to say, it’s great to hear that this is being considered deeply. 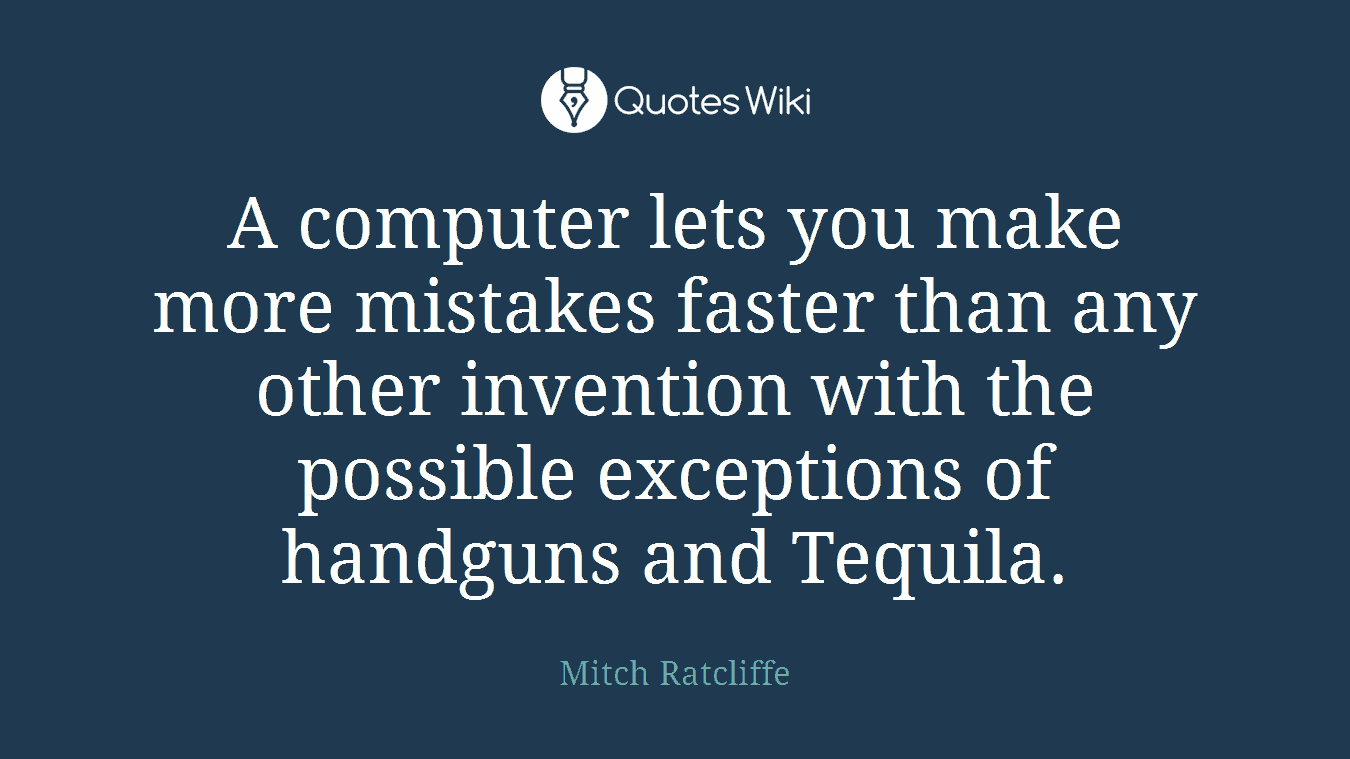 And so, it strikes me that AI can be the answer to many problems or the problem seeking many answers. 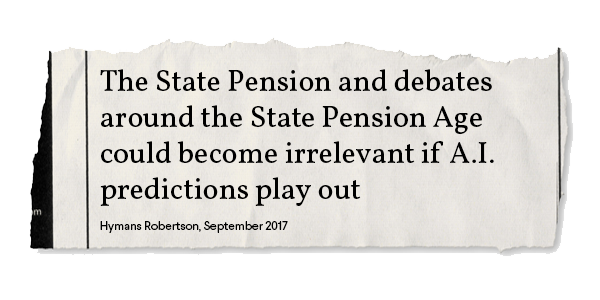 The future of financial services

A number of themes emerged:

On wealth and health equality; high degrees of correlation of health and wealth outcomes were highlighted. Lord David Willets noted the trend has been towards greater inequality. The policy interventions to change this such as taxing capital make sense in theory, and in practice are politically challenging and worth pursuing. For example, there is a clear correlation between likelihood of voting (e.g. retired citizens) and having material capital.

Did you know that there is £22trn of un-burnable carbon if we’re to hit the Paris Agreement’s 2 degrees climate increase target? Did you know that the UK is an industry leader in offshore renewables? And did you know that energy consumption is only about a quarter of the issue? Other areas like manufacturing and transportation may be addressed by technology developments. Agriculture (bovine flatulence) may require dietary change! There’s lots to worry and excite us. We also had an awesome live debate hosted by Debate Mate4. They explored whether institutional investors should invest or divest from fossil fuels in order to mitigate climate change. A reminder of the power of rhetoric and emotions – I won’t tell you which side won!

The biggest challenge is how to make a sustainable difference to long term outcomes for the next generation. I’ve found myself asking what can I do? What can we do?

As a first step, personally I’m reading more about the issues. And I’ll be talking to others more about them too. A wise colleague of mine once said when you talk about things with purpose, things change.

But there is a challenge to multi decade change. For example, given two similar rewards, people (myself included!) show a preference for one that arrives sooner rather than later. And yet the actions required here are immediate whilst the rewards come in future decades5. This wry New Yorker cartoon captures how this might play out.

In contrast with that, 16 year old Greta Thunberg outlines the necessary sense of urgency. 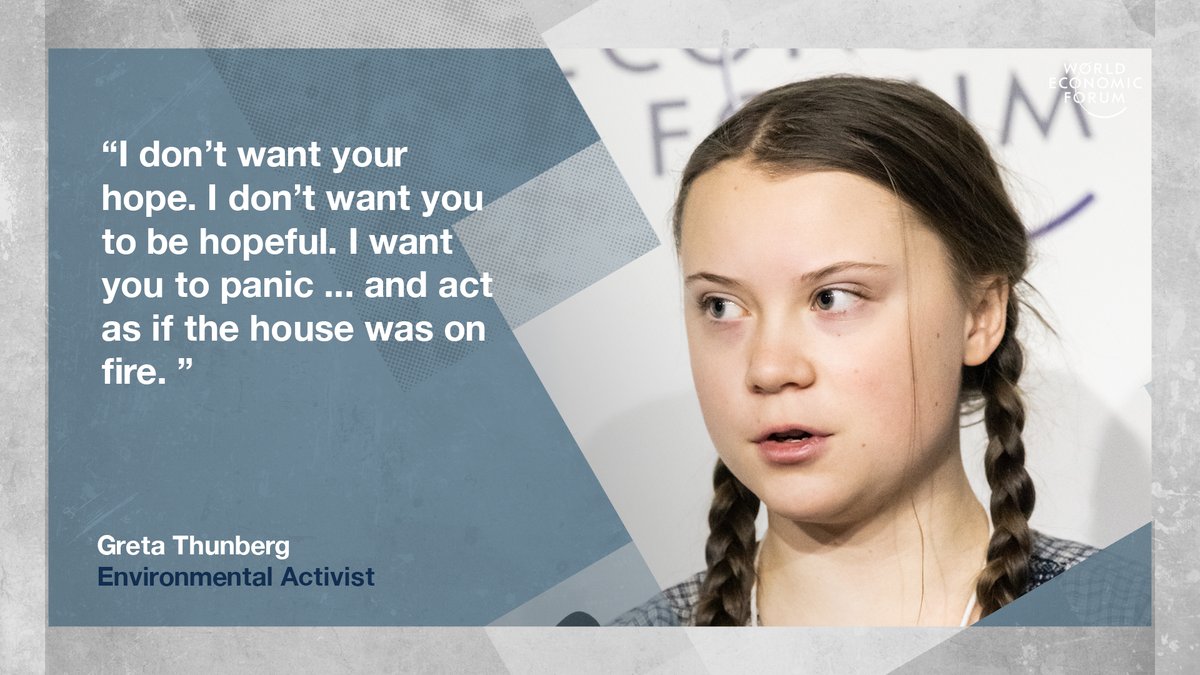 So back to the huddle.

Imagine your house is on fire and every small action you, your friends and colleagues take turns down the heat for the next generation.

Taking an interest, talking about the issues, and making small sustainable changes is a start.

I think one of the things actuaries like me can do is engage the next generation about the power of exponential forces for good. It exists as a powerful force in AI, distribution of wealth and income outcomes as it does in climate change and long term savings. And I think actuaries can help combat linear thinking (which reduces a sense of urgency) by helping others overcome this natural tendency, which we’ve been trained to do for many years. This avoids underestimating the impact of today’s actions on the future. For example, the impact of saving early to avoid too heavy a burden being placed on the next generation.

I mention this as it strikes me that everyone will contribute very differently – not better or worse, just different. The key for me is that it must be sustainable! For example, did you know… 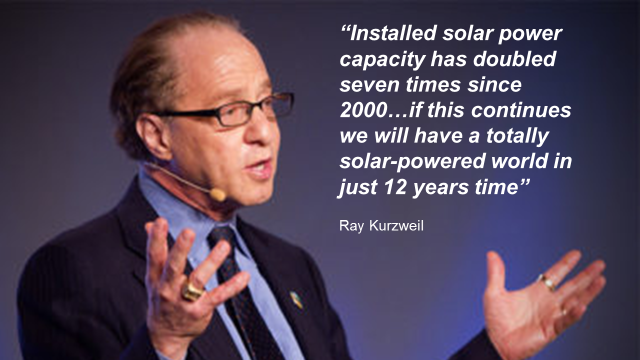 Please share your actions and ideas – perhaps you will inspire others on our LinkedIn community . As a starter for 10, my friend and colleague who sits next to me at work has just bought metal straws (with pipe cleaners). Initially bemused, I now think it’s genius.

Yours in search of your inspiration,

1 I can confirm that no attendees were experimented on during the making of this event.
2 There is a dark side to this too – sludge techniques! A new term to me. Dr. Laura Haynes brought this to life brilliantly.
3 For illustration, not scientifically proven!
4 They stimulate social mobility by teaching hard and soft skills in schools and then showing the suits like me how it’s done!  They are just brilliant.
5 The technical term I learned on the day is ‘hyperbolic discounting’.

Ethical AI: A call for transparency

Better futures - one question at a time

Ethical AI: A call for transparency

Better futures - one question at a time