Are two heads always better than one?

They say “two heads are better than one”… But that’s not always the case. If the second head just conforms to the other instead of sharing their true opinions, is there really any value in them being there at all...!?

The same can be said for group discussions. A psychological phenomenon known as groupthink, where the desire for harmony within the group results in an irrational or dysfunctional decision-making outcome, can de-value any group discussion. The group may think they’ve reached a unanimous decision, but in reality people are just conforming to whoever spoke first or had the loudest opinion. As a result, the outcome could be completely different depending on whose opinions are being supressed.

Groupthink is common, but not always obvious at the time. Here are some symptoms to look out for, some of which you might even recognise from discussions you’ve recently been a part of: 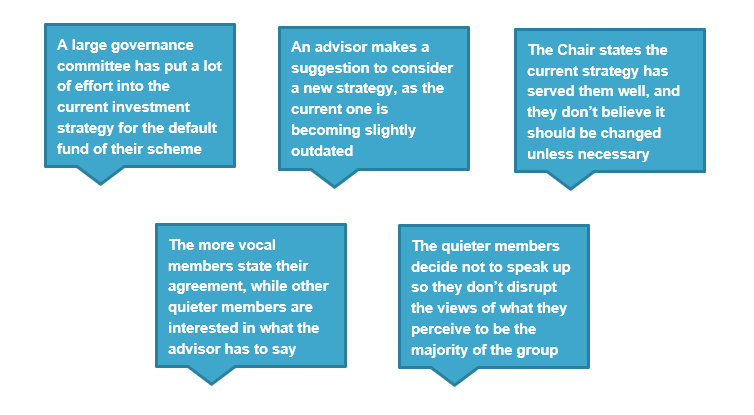 Giving everyone a voice (and encouraging them to use it!)

To get true value from any group discussion, every member in the group must be given an equal chance to express their opinion. Being on guard for symptoms of groupthink and challenging them when they do appear is an excellent way to try and avoid the negative consequences of not giving everyone a voice. But how can you then encourage quieter group members to speak up?

Risk engagement tools, such as Periskope, give everyone an equal chance to give their opinion, without allowing them to shy away from expressing it. By collating individual opinions before being swayed by others, and presenting responses visually in real-time, Periskope can identify those whose opinions differ from the group consensus, rather than allowing them to simply stay silent and go along with the rest of the group. 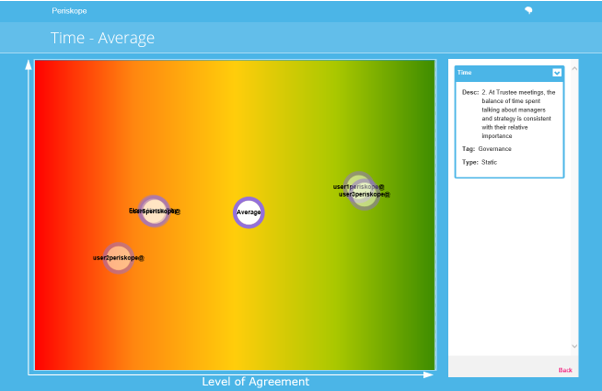 By doing so, group leaders can be confident they’re maximising value from discussions and considering the diverse range of perspectives in the room. From our experience it’s usually the quieter individuals who have the most interesting and valuable things to say… they just need a chance to share it!

Lifting the anchor on unconscious bias

Renegotiating Brexit – how could it have been done differently?

Strength and Flexibility: The importance of culture on pension boards

Lifting the anchor on unconscious bias

Renegotiating Brexit – how could it have been done differently?

Strength and Flexibility: The importance of culture on pension boards